Mia O’Connell has over 30 years of government affairs experience in the water resources, environment and infrastructure arenas, including federal water, environment and natural resources legislation.  Mia is an expert in Corps of Engineers projects and programs, and has been engaged in every Water Resources Development Act since the landmark Water Resources Development Act of 1986 that established cost-sharing and the partnerships that are the foundation of today’s Corps’ program.

More recently, Mia worked closely with majority staff and minority staff in both the House and the Senate authorization committees in the development of the 2014 WRRDA legislation, helping to shape many of the sponsor-empowering initiatives, as well as the Navigation and Harbor Maintenance Trust Fund modifications for port development. In addition, Ms. O’Connell worked with both House and Senate authorization Committees in both the 2016 WRDA, as well as the 2018 America’s Water Infrastructure Act. Beyond the Corps, Mia worked closely and has many project successes with key decision-makers in programs at the U.S. Department of Interior, U.S. Department of Agriculture, the U.S. Environmental Protection Agency, and the U.S. Department of Transportation on a wide range of ecosystem restoration, western water, water reclamation and reuse, water recycling, permitting, urban water supply and water quality, green infrastructure, rural development, economic development, transportation and infrastructure issues and projects.

Mia has managed and executed the legislative and technical agency programs for major metropolitan reclamation districts, river authorities, urban and rural flood protection and water supply and recycling districts, port and port districts, state environmental protection and ecosystem restoration departments, water and open space conservation districts, cities, counties and state departments of transportation.  For these clients, many of which Mia worked with for over 20 years, she has helped develop partnered projects, facilitated timely agency approvals, secured project authorizations in Congress and helped secure billions in federal dollars for construction.  Mia is considered one of Washington’s premier Corps of Engineers experts.

Mia has broad technical knowledge of federal water, environmental, infrastructure and natural resources law, policy and regulations, as well as extensive experience and success with the legislative process working with many Members of Congress from across the country.  Mia has longstanding positive relationships with top decision makers at the U.S. Army Corps of Engineers, the Assistant Secretary of the Army for Civil Works level, U.S. Department of Interior, U.S. Department of Transportation, U.S. Environmental Protection Agency, the executive branch, including the White House, the Office of Management and Budget, the Council on Environmental Quality, the key federal resources agencies as well as Congress.

Prior to her extensive experience in the private sector, Mia served as legislative assistant to former Representative James F. McNulty of Arizona from 1984 to 1985 and from 1980 to 1982, she was legislative assistant to former Representative John G. Fary of Illinois.  In these positions, Mia handled the Public Works and Transportation Committee assignments, focusing on water resources, environmental, public works and transportation issues.

Mia received her Bachelor of Arts degree from the University of Denver. 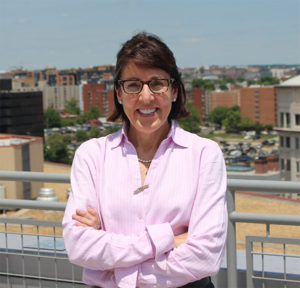 Elaine Rowley’s expertise is in supporting senior level executives, as well as in management, marketing and technology. Her background includes three years at the Credit Union National Association in regulatory efforts, as well as five years with a small, merchant investment bank. Ms. Rowley has a strong mix of not-for-profit regulatory, public policy, finance, and risk management support. 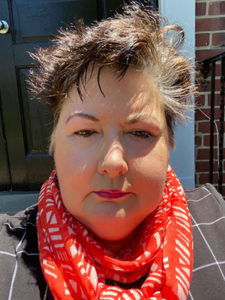